The 'Warm Leatherette' exhibition was the culmination of a 5 day collaboration between myself, Yuri Suzuki, Bogosoi Sekhukuni and Neo Mahlasela. Commissioned by onedotzero and part of the British Council's Connect ZA Program, Warm Leatherette consisted of a gallery installation, video piece and soundtrack. The title of the show comes from the song originally produced by Daniel Miller in reference to J.G. Ballard's Novel "Crash". 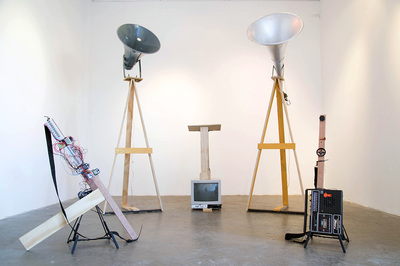 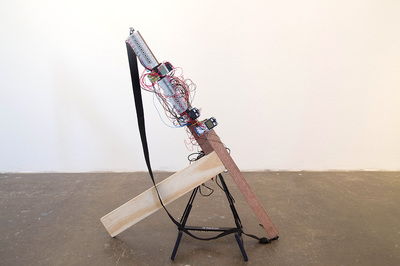 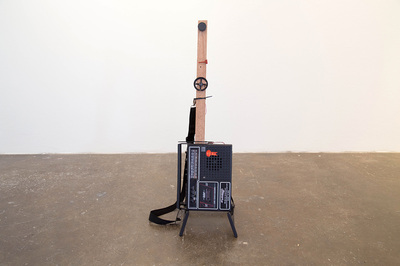 Three instruments were made from materials we found from shops in downtown Johannesburg that we then used to record a cover of the Miller track 'Warm Leatherette'. Taking the new built instruments back into the streets of JHB CBD, we shot a music video for the song in the same areas where we first found there components.

The final works were exhibited over the A MAZE Festival weekend, in addition to which they will also be shown at the 'Blurring The Lines' exhibition in London hosted by the British Council. The Exhibition will run from the 2 October - 19 December at the British Council London.